Taxotere (docetaxel) is a chemotherapy drug, used most often for treatment of breast cancer, but also used to treat other forms of cancer including stomach, certain types of lung cancer, head and neck cancers, and for the treatment of prostate cancer. Its purpose is to hinder the spread of cancer cells and frustrate cancer cell growth. It is manufactured by the pharmaceutical company Sanofi-Aventis.

Potential Damages That May Be Awarded in a Taxotere Lawsuit

What problems has Taxotere caused?

Use of Taxotere has been shown to cause permanent hair loss. However, the manufacturer of the drug failed to disclose this fact to physicians and potential recipients of the drug. Furthermore, the manufactor inflated the drugs effectiveness in its marketing, and the FDA forced them to stop in 2009.

Claims have been made that Taxotere knew that its drug caused permanent hair loss, but did not warn consumers. The Annals of Oncology published a study in 2012 which strongly suggested that the use of Taxotere was linked to permanent hair loss. Two years later, in 2014, scientists from the National Cancer Research Institute announced that they found up to 15% of patients taking Taxotere suffered from significant long-term hair loss.

In 2015 the FDA began requiring the manufacturer to place a warning label on the drug. The manufacturer had to recall batches of the drug, both in the U.S. and the United Kingdom, in 2001 and 2016 because of other manufacturing errors.

A lawsuit filed in 2016 by a cancer survivor in California alleges that the manufacturer actually knew about the adverse side effect since the late 1990s. The manufacturers own studies revealed the permanent alopecia, but they chose to hide the information from consumers. Taxotere sales reached $1.4 billion in 2004.

If two drugs had relatively similar outcomes, but one caused permanent hair loss, which would you choose?

The answer is clear. But most patients weren't given that option.

Do I have a claim?

YES, if you or someone you love suffer from long term hair loss since taking the drug Taxotere and you may be entitled to significant financial compensation. Contact Attorney Goetz today at (858) 481-8844 for more information. Don't wait there may be potential Statute of Limitations issues, if you wait too long so call today.

Why The Goetz Law Firm – Avoid a Classs Action?

Attorney Goetz is an experienced Products Liability attorney with proven results. For example, Attorney Goetz and his litigation team recently represented Bill Kransky, who sued Depuy and Johnson and Johnson for making a defective hip device. After a six week trial, a Los Angeles jury awarded Mr. Kransky $8,338,000. Attorney Goetz has proven he is an excellent, knowledgeable attorney who will personally fight for you every step of the way. He even takes and wins cases others attorneys turn away, which is just another reason to have him on your side. Attorney Goetz and his staff will fight for your rights and work hard on your case.

If you want answers right now, then call (858) 481-8844. We will answer any questions you have while also advising you on the best course of action.

How Much Will It Cost To Hire The Goetz Law Firm?

Nothing unless you Win. If you retain the Goetz Law Firm, there is no attorney fee unless we obtain a recovery for you.

If we obtain compensation for you we will take a percentage of the recovery as a fee. If there is no recovery, you will not pay an attorney's fee.

We will pay the up front costs and these costs can be taken out of your recovery. This means you will not pay any up front legal fees nor will you be charged or billed at an hourly rate.

Please feel free to call if you have any questions or concerns. 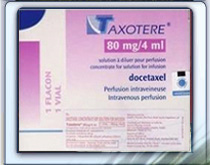 Of all the de-feminising things that happen to breast-cancer patients during their treatment, alopecia must be the most awful, so the prospect that it might not recover can be devastating.

I am unrecognisable as the woman I once was. I avoid looking in the mirror and I hate shop windows because I see… someone going through chemo, which I'm not any more.