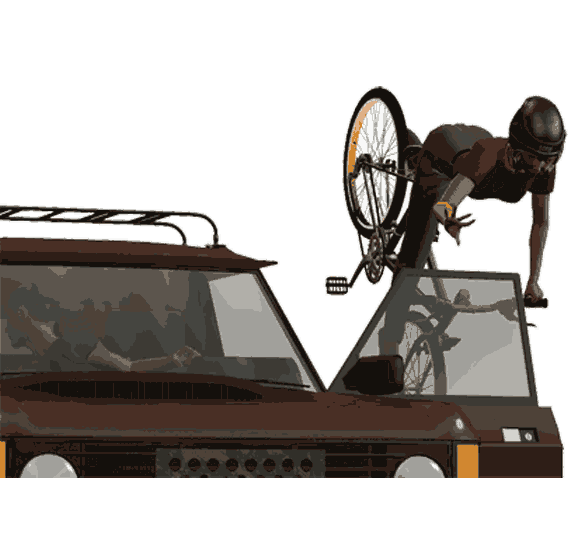 No person shall open the door of a vehicle on the side available to moving traffic unless it is reasonably safe to do so and can be done without interfering with the movement of such traffic, nor shall any person leave a door open upon the side of a vehicle available to moving traffic for a period of time longer than necessary to load or unload passengers. 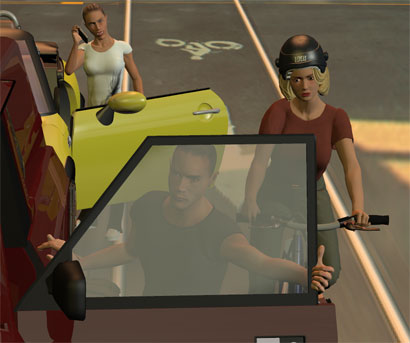 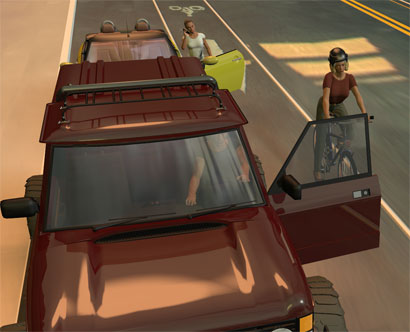 Many bike lanes are positioned next to street parked cars placing cyclists in peril riding through door zones. Drivers need to be aware that cyclists have to ride so that they do not put themselves at risk in door zones even sometimes choosing to place themselves for safety in the motor vehicle lane. Until protected bike lanes not built going through dangerous door zones exist, drivers need to learn to give cyclists a safety bubble and also share the look out responsibility for emerging drivers and passengers behaving unpredictably.

Dooring accounts for 12 to 27 percent of urban car-bike collisions, making it one of the most common crash types.

New York City and several other cities in the USA have their own Dooring awareness safety campaigns. New York City, in 2012

This safety campaign takes the message to New Yorkers and visitors that you need to take a second and take a look around whenever you get out of a car," said Commissioner Sadik-Khan. "The best protection that bike riders and pedestrians have is our attention, and there is one thing everyone can do—look.

The New York City transportation folks make clear that dooring is preventable. With a simple change in habit in how you open your door, you can make sure your body is facing and looking by default, The Dutch Reach:

If Michael Charney has his way, more Americans would adopt a simple method to prevent "doorings," a type of collision when a driver or passenger in a parked car opens a door into the path of a cyclist.

The Dutch Reach: A No-Tech Way to Save Bicyclists' Lives

Here is a Massachusetts Department of Transportation video which demonstrates the simple Dutch Reach technique.

I am a bicycle accident attorney.

I have represented too many cyclists who were seriously injured by car doors opening suddenly in their path. Drivers, passengers, insurance companies all try to pass the blame to the cyclist. Pedestrians and runners also get car doored and seriously injured. Drivers and passengers also get injured by exiting the vehicle before it is safe to do so.