For more than 30 years, the water supply at Camp Lejeune — a Marine Corp base in Jacksonville, North Carolina — contained harmful levels of water contaminants. The CDC has stated that up to one million military and civilian staff and their families may have been exposed to contaminated water at Camp Lejeune. 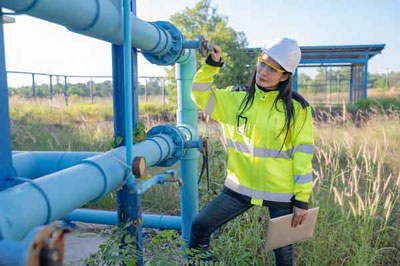 The most contaminated wells in each system were shut down between 1984 and 1985, and the Tarawa Terrace system was shut down completely in 1987. 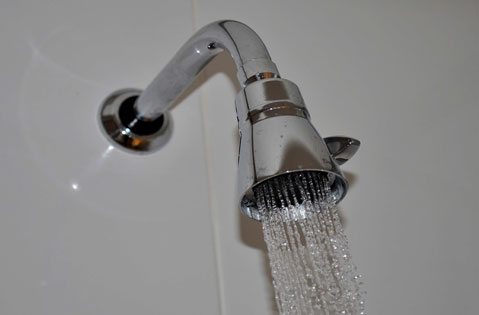 HOW CAN YOU BE EXPOSED TO CONTAMINATED WATER?

WHAT TOXIC SUBSTANCES WERE IN THE WATER AT CAMP LEJEUNE?

The toxic substances in the water at Camp Lejeune were volatile organic compounds (VOCs). Certain types of VOCs can increase the likelihood of certain cancers, harm organs, and cause other health issues for adults and children. The EPA sets standards for the maximum amount of certain VOCs that can be in drinking water and still be considered safe.

The main water contaminant in the Tarawa Terrace system was PCE. At its worst, in May 1982, the level of TCE detected was 215 ppb. The current maximum level of PCE for water to still be considered safe is 5 ppb.

The contaminated water at Camp Lejeune has been linked to a variety of serious health issues for military members, civilian workers, and their families (including children) who worked or lived on the base during the years the water was contaminated. The Camp Lejeune cancer risk for both disease and death has been established by studies.

The Veteran's Administration's approach to providing disability benefits provides insight into some of the diseases and disorders that have been linked to water at Camp Lejeune. For disability purposes, the VA presumes the following conditions are linked to exposure to contaminated water for veterans who were at Camp Lejeune for at least 30 days between August 1953 and December 1987:
Adult leukemia
Aplastic anemia and other myelodysplastic syndromes
Bladder cancer
Kidney cancer
Liver cancer
Multiple myeloma
Non-Hodgkin's lymphoma
Parkinson's disease

VA policies provide cost-free treatment for the following conditions for those who were at Camp Lejeune for at least 30 days between August 1953 and December 1987:

IS THERE A CAMP LEJEUNE CLASS ACTION LAWSUIT?

There is no current Camp Lejeune Class Action lawsuit. In fact, when hundreds of lawsuits were previously brought after workers and residents learned about the contamination and link to health issues, their cases were dismissed due to governmental immunities and statute of limitations or statute or repose issues. This effectively prevented those that had suffered as a result of being exposed to contaminated water at Camp Lejeune from bringing a lawsuit of any kind.

However, in large part due to those who were harmed not being able to pursue a lawsuit, the Congress has proposed the Camp Lejeune Justice Act of 2022, which, if passed, will allow contamination victims to sue.

WHO CAN FILE A CLAIM IN THE CAMP LEJEUNE WATER CONTAMINATION LAWSUIT?

If the Camp Lejeune Justice Act of 2022 is signed into law, anyone who was exposed to contaminated water at Camp Lejeune water for at least 30 days between 1953 and 1987 may bring a lawsuit. This may include in utero-exposure. To win the suit, claimants must prove their exposure and that they suffered harm caused by, associated with, or linked to exposure to the contaminated water. They must also prove that this exposure increased the likelihood of such harm.

Studies can be used to prove the link between the water and the harm suffered. If the person who suffered harm as a result of the contamination exposure is deceased, a representative can bring the suit on their behalf.

WHAT ARE THE EXPECTED CAMP LEJEUNE WATER CONTAMINATION SETTLEMENT AMOUNTS?

HOW DO I FILE A CLAIM FOR THE CAMP LEJEUNE WATER CONTAMINATION LAWSUIT?

Additionally, before filing suit, harmed individuals must first file an administrative "claim" with the government. This gives the agency an opportunity to potentially resolve some claims without the necessity of a lawsuit.

Due to the complexities and uncertainty involved, the best first step towards filing a claim is to speak with a law firm experienced in large-scale, multi-jurisdictional cases, like the Camp Lejeune water contamination lawsuit. Attorney Dean Goetz and the Goetz Law Firm have experience with class action and mass tort cases, regularly litigating personal injury lawsuits nationwide. Attorney Dean Goetz and his team have won numerous trial verdicts and settlements on behalf of clients.

If you think you were exposed to contaminated water while at Camp Lejeune, contact GOETZ LAW FIRM and speak directly with ATTORNEY Dean Goetz himself for a free case evaluation.